A recent article provides an overview of satellite-derived bathymetry methods and how data can be integrated into survey campaigns, and showcases three use cases. Bathymetric data in shallow-water zones is of increasing importance to support various applications such as safety of navigation, reconnaissance surveys, coastal zone management or hydrodynamic modelling. A gap was identified between data demand, costs and the ability to map with ship and airborne sensors. This has led to the rise of a new tool to map shallow-water bathymetry using multispectral satellite image data, widely known as satellite-derived bathymetry (SDB).

Strictly speaking, the methods to derive information on seafloor topography using reflected sunlight date back to the 1970s but it has required iterative improvements of algorithms, computational power, satellite sensors and processing workflows to provide the current state of the art tool. Today, a range of different methods exist under the umbrella of the SDB term. However, as with traditional survey methods, it is imperative to understand the advantages, disadvantages and overall feasibility in order to evaluate the suitability and fit-for-purpose of a given SDB application.

Historically, empirical methods were used, which require known depth information over the study area. By comparing these known depths with the 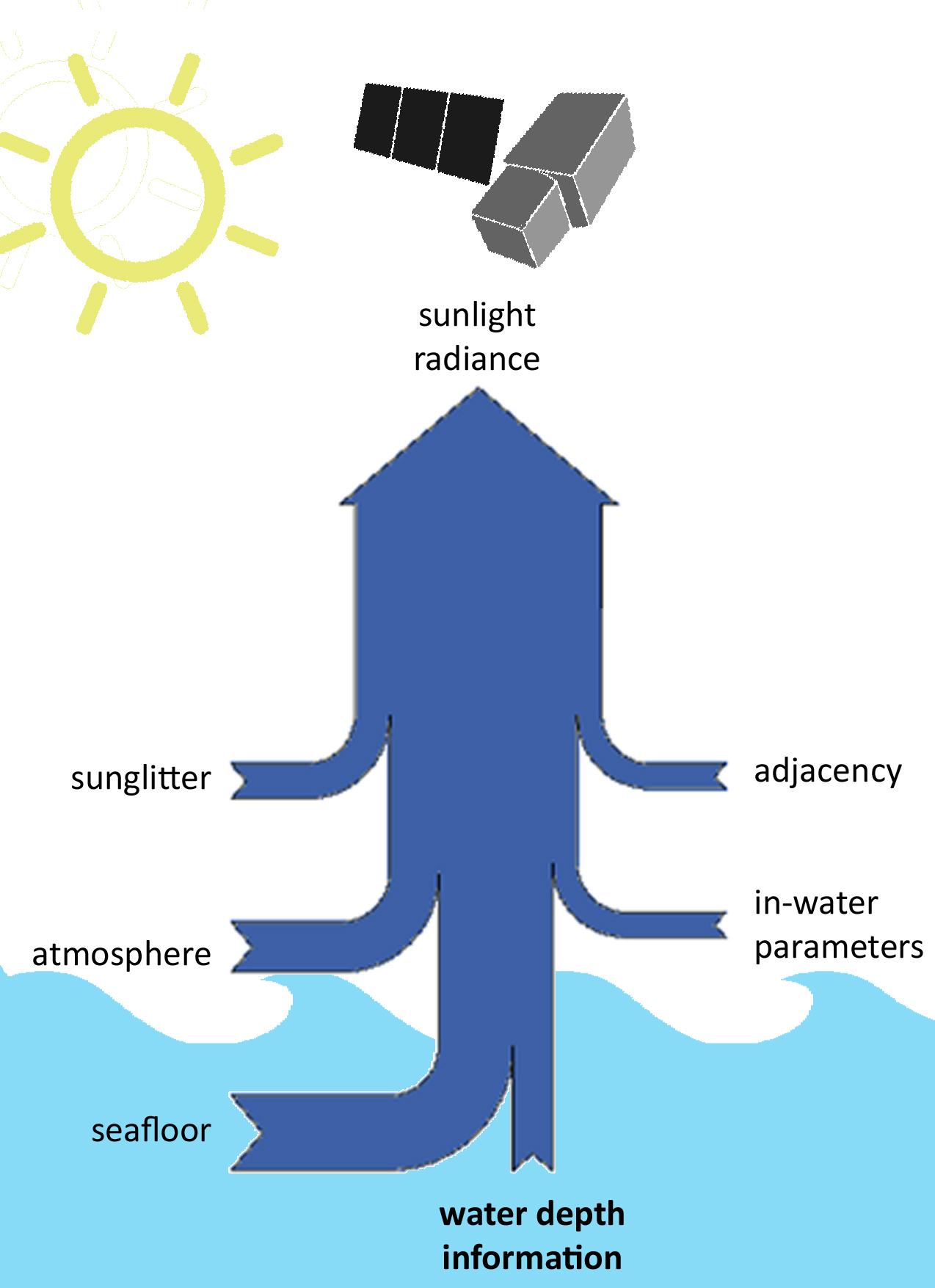